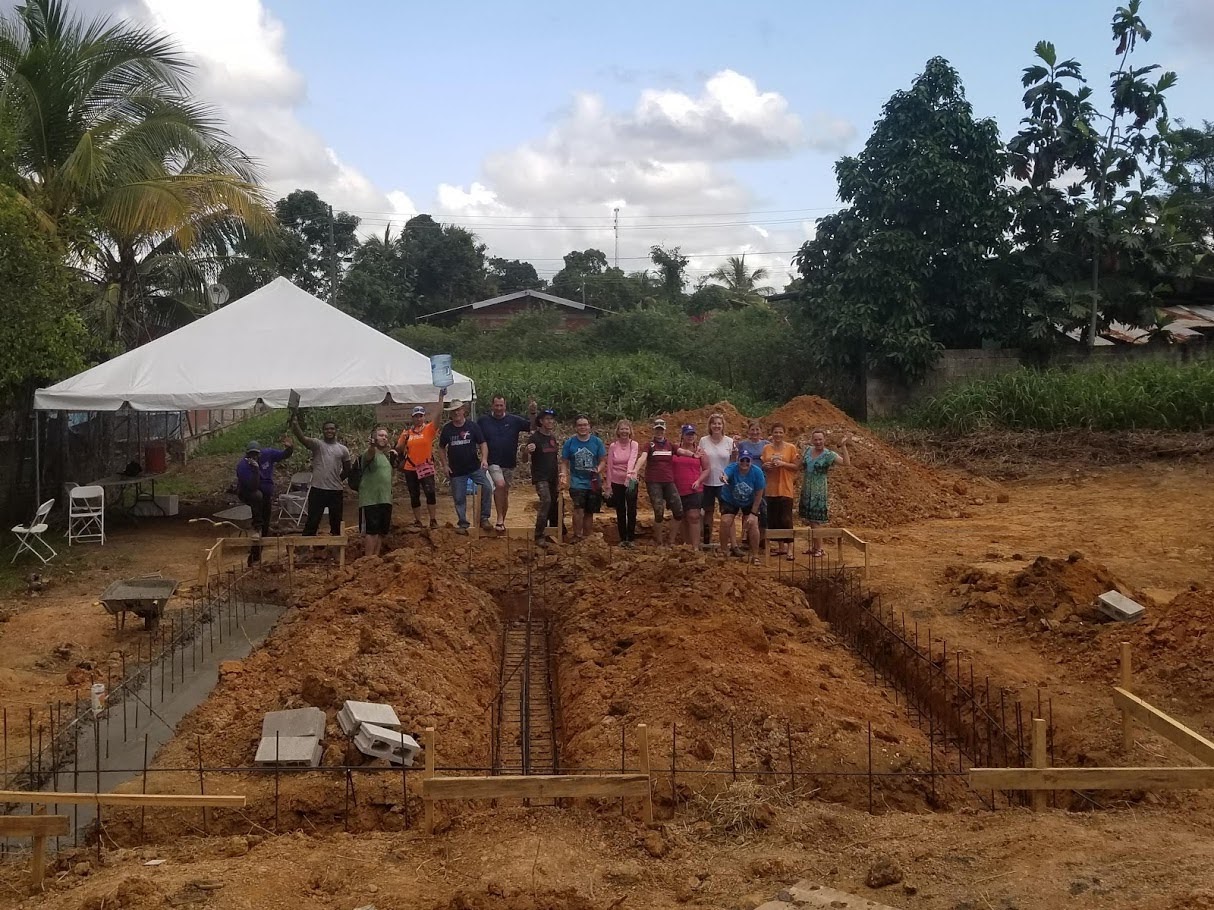 Today was supposed to be the toughest day of the whole trip, and they don’t take that term lightly here. A lot happened, it started out like every other day. Some people got up for 6:30 stretching. Others got a few more minutes of shuteye before 7 am breakfast. At around 7:30 we all hauled into the bus and headed to the worksite. It was hot, but we didn’t let that stop us. We all had different jobs to do before we could take a break. Anything from bending, tying or cutting rebar, with many small jobs along the way. After the first break we realized there was a lot more work to be done. We hadn’t even started concrete yet.

Concrete is a whole other beast. I expected it to be hard, but geez. It all started when the mixed wouldn’t start. We put two of our best up to the task and even they couldn’t make it happen. It had to be done by hand, which entailed mixing sand, rocks, cement mix and water. You had to move it, but not too much that it leaks. After it was mixed we all formed a bucket chain to transport the heavy concrete faster. I tried to use the wheelbarrow but I quickly joined the line. After a short time in the hot sun, many of Tracy’s moms benched him for working too hard. Soon after we realized we still had a lot of work to go. Katia even had to cancel our bird watching trip. Soon after, Christian realized that we wouldn’t be able to finish the concrete today. Before we left, we only had to put the already mixed concrete into the frame. Katia had to make another call  to un-cancel the reservation for the bird sanctuary. With the end in our sights, we finished the rest of the concrete and took an end of day picture. Our worker friends keep working and gave us a jumpstart for tomorrow’s workday. We all boarded the bus. With dried concrete on our legs and dirty shoes, we headed to the sanctuary.

When we were about halfway there it started to rain. When we finally arrived, it was raining too much to go look at some birds and snakes. We had to cancel the un-canceled bird trip. The turtle in the parking lot held us over for the day. After a quick stop to look at the view, we decided to go home. The day ended with long showers, a great dinner and card playing. The day was long and hard but rewarding. We still have a lot to do, but we’re making progress each day. After today it seems that we can build anything, and especially finish the house. There’s not much more to say, so I’ll just end it here. That is the end of work day #2. The hardest day of them all. 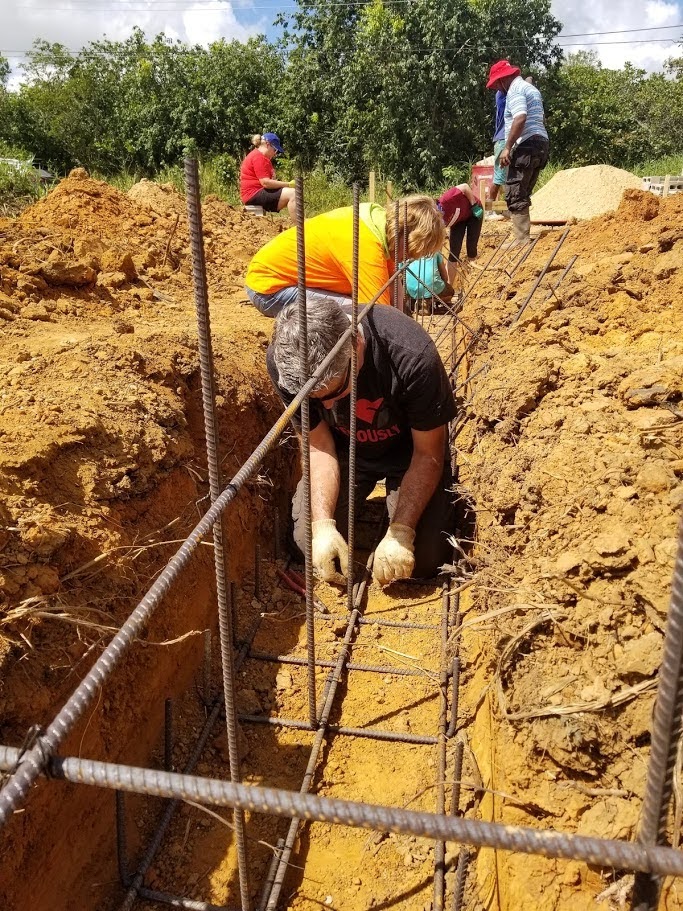 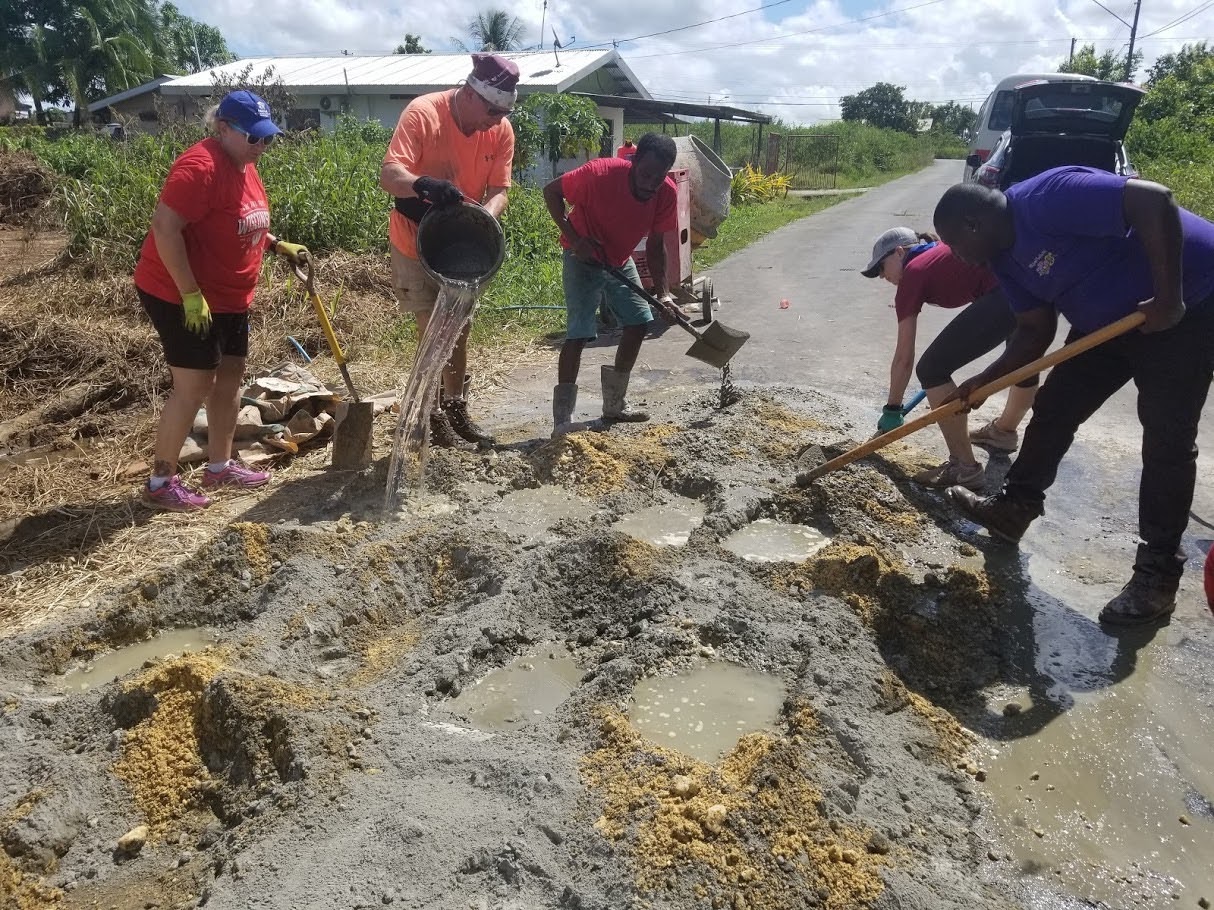